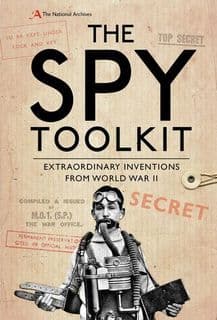 Send to a friend
Print
Description
The Spy Toolkit-Extraordinary Inventions from World War II. By The National Archives and Dr Stephen Twigge.

During the Second World War, British undercover agents were the heroes behind the scenes, playing a dangerous and sometimes deadly game – risking all to gather intelligence about their enemies. What did these agents have in their toolkits? What ingenious spy gadgets did they have up their sleeves? What devious tricks did they deploy to avoid detection? From the ingenious to the amusing, this highly visual book delves into espionage files that were long held top secret, revealing spycraft in action.

Reviews
Write an online review and share your thoughts with other shoppers!
Be the first to review this product
Other Customers Bought...